One can pretend that Il Granaio Toscana IGT is the premium wine from Savignola Paolina. However, this powerful red is produced only in the best years. It is a blend of Sangiovese and Merlot, varying in the proportions depending on the vintage, which matures for 14 months in French oak barrels. For Ludovica Fabbri, owner and winemaker of Savignola Paolina, the decisive factor is the perfect balance of fruit and spice, combined with velvety notes and strength. Cherries and dark berries harmonise with chocolate and blackberry aromas in a fruity symphony. Spices such as pepper and juniper complete the fruit accord. Impressive about Il Granaio are its pleasant mildness, fine acidity and elegance. Somehow the Il Granaio is so balanced that it can almost be described as "polite to the palate". Simply buy, uncork and enjoy! Over and over again!

Savignola Paolina is a small picturesque winery, situated on the road between the two towns of Panzano and Greve in Chianti. In addition to the beautiful winery, the estate covers an area of eight hectares, from which five hectares are planted with vines. The main variety cultivated here is the autochthonous Sangiovese grape variety. But also Colorino di Toscana, Malvasia Nera and a bit of Merlot can be found on the hills around the winery. The terroir is of course the most important for the selection of the grape varieties. Because only those varieties who perfectly express the terroir in the wine have been selected here.

Every single red wine is a poem…

Since 1780, the Savignola Paolina estate has been owned by the Fabbri family. How the winery got its name is a longer story: the first half of the name - the word "Savignola" - dates back to Etruscan times. What exactly does it mean must unfortunately remain without an answer. But it is all the clearer where the second half of the name comes from: it was not added until the end of the Second World War, when the resolute and legendary Paolina Fabbri managed the estate and gave it her name without further ado. Since then the vineyard has been called "Savignola Paolina" instead of only "Savignola". After her death, her grandniece Ludovica Fabbri, who studied oenology, took over the winery in 1998. She is part of the fourth generation of the Fabbri family to make wines at Savignola Paolina. However, there have been some changes in recent years. Meanwhile 70 per cent of the estate is owned by the Swiss couple Luzius and Manuela Caviezel and 30 per cent by Ludovica Fabbri. She is also the one responsible for making the wine - and she always says that now more than ever she can concentrate on her strength, namely the work in the vineyard and in the wine cellar. 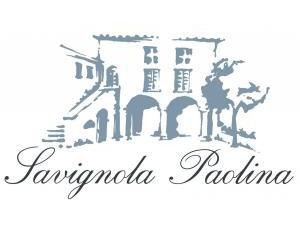 What other people think about  2009 Il Granaio Toscana IGT from Savignola Paolina ...