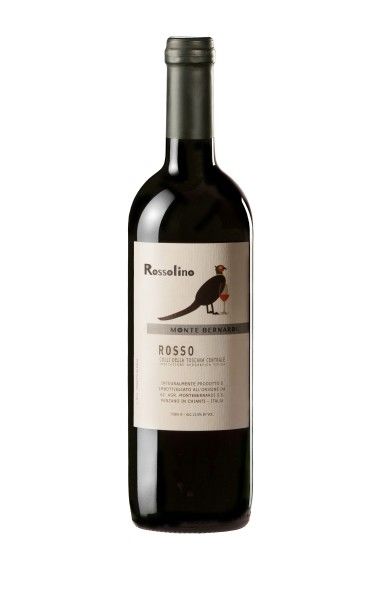 Just like the Tzingana from Monte Bernardi, the Rossolino is mainly produced from international grape varieties such as Merlot, Cabernet Sauvignon, Cabernet Franc and some Colorino (autochthonous grape variety from Tuscany). The vineyards are between 5 and 7 years old and will be used for the production of Tzingana in about 10 years. Monte Bernardi is a family winery of the Schmelzer family in Panzano in Chianti, in the heart of Chianti Classico, between Florence and Siena. The Rossolino is vinified in a special way, not as single varieties, but all the grapes are fermented and matured together. Therefore, this red wine from Italy has a different smell and aroma than the typical Chianti Classico wines, which are mainly produced from Sangiovese. The philosophy and conviction of the Schmelzer family is the biodynamic (according to Rudolf Steiner) management of the Monte Bernardi winery.

The Rossolino of Monte Bernardi is the "little Tzingana", which is why the method of vinification is based on that of the Tzingana - common vinification of all grape varieties. Alcoholic fermentation in stainless steel tanks, at max 30°C, for 20 - 27 days, malolactic fermentation in oak barrels. Maturity of 18 months in used wooden barrels.

Purple red in the glass, with a dark core. Complex aroma in the nose: superficial aromas of citrus fruits, blueberries, blackberries, cassis, but also delicate spices of pepper and wood. Overall, this Rossolino smells very inviting and engaging. On the palate it is like a berry cocktail, concise acidity with fine tannins, good structure and liveliness. In the aftertaste some black tea.